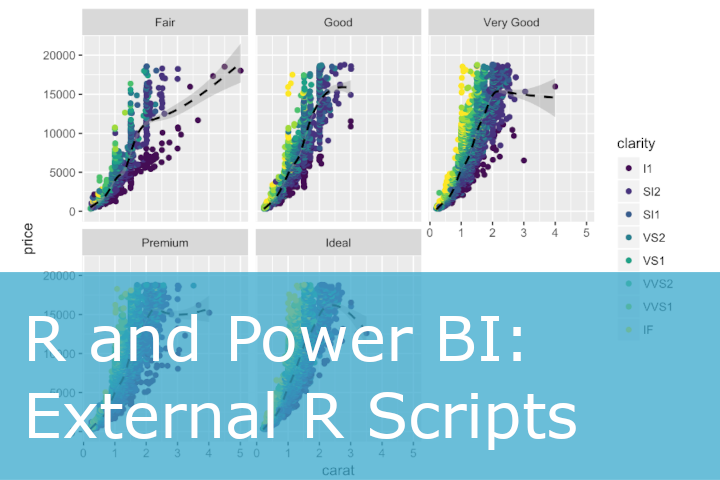 Writing R script in Power BI can be an uneasy task, since there is no variable explorer. That’s why we usually write our script in R and then import them into Power BI. How? We save the script as R file and import it in Power BI using source() function. Let’s look at a simple example.

We have a following table in Power Query. 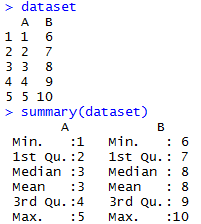 Simple summary(dataset) that returns a table will now return a dataframe. We always have to end with dataframe result, since this is the only object Power Bi recognizes.

Save the script to a any location, for example H:\PowerBI\Running_R_From_PowerBI. 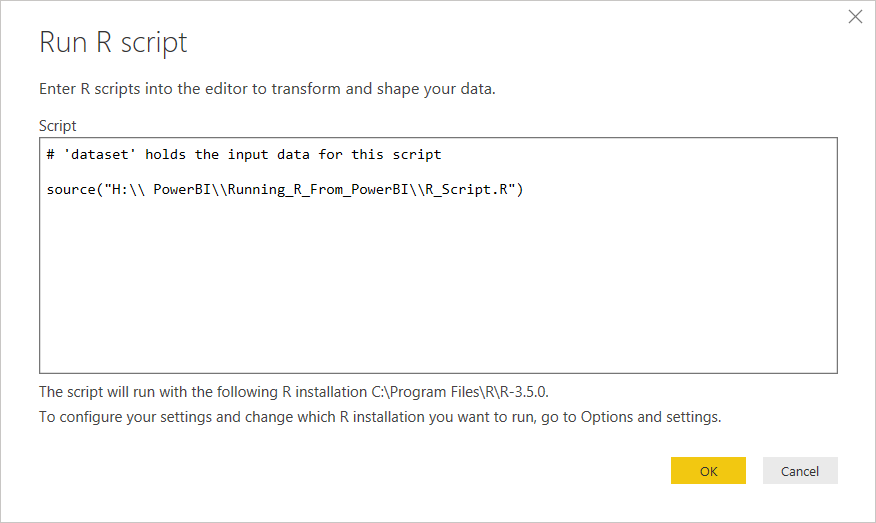 We got a table with statistics of both columns.

Every time the table dataset refreshes R script is run and result is updated. If refreshed table contains different or new value the statistics table will change accordingly.