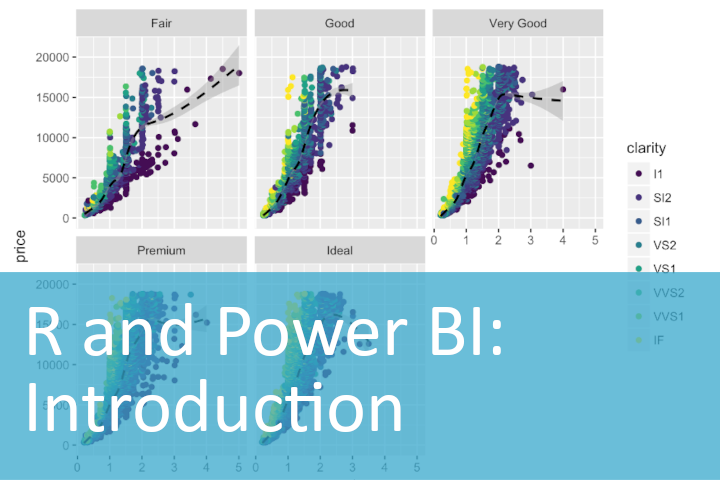 To use R in Power BI desktop you need a local installation of R. RStudio, a scripting environment is freely available and comes with latest version of R. R in Power BI is available in two instances: in Power Query queries and as a visualization in Power BI.

We can use R inside a query. Incoming and resulting data is always a dataframe. Let’s look at a simple example.

We have a simple table.

We want to add a C column, sum of columns A and B. We take the following steps. 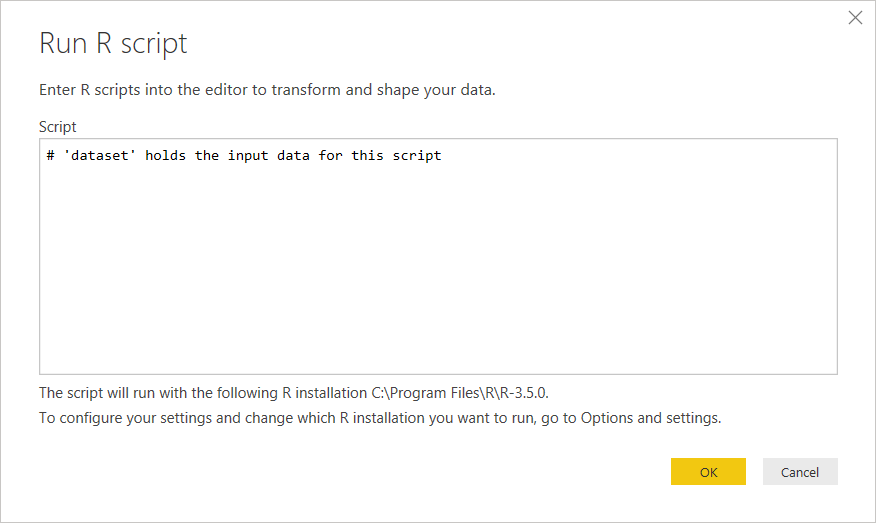 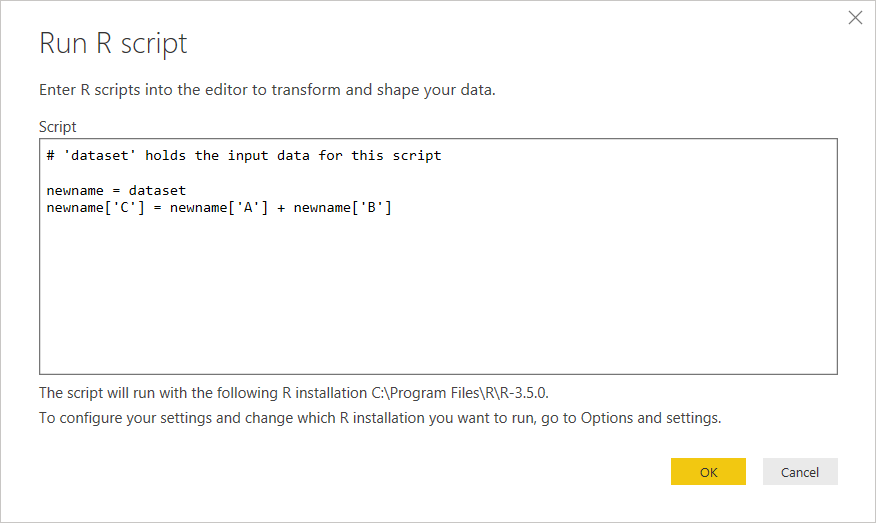 First row creates a copy of dataset table named newname. We can’t change the original dataset variable, so we always make a duplicate.

Second row adds column C to newname table, sum of columns A and B.

A list of all created tables is returned. In our case it’s only one table, newname.

R can be used for visualization of data in Power BI report. That’s a big advantage, since R is strongly supported with graphical packages, providing building blocks for beautiful custom visualizations.

Let’s look at a simple example. We have time series of currency value that we want to visualize. Table consists of many currencies (AUS, EUR, USD, …), but we’ll only draw a plot for GBR. 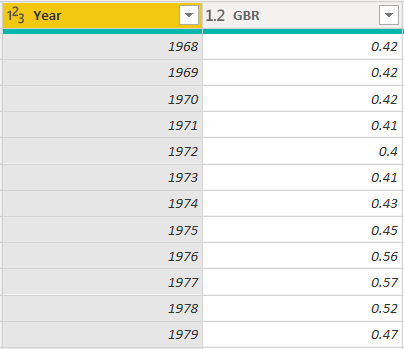 We take the following steps.

We check the fields we wish to plot. Our table consists of many columns, but we’re only interested in Year and GBR. 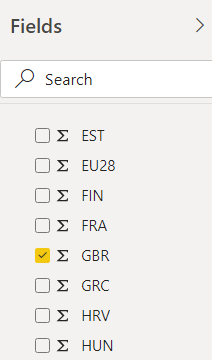 Script editor now gets input data and prints out the following comments.

Comment states that incoming data is stored in a dataframe called dataset and consists of columns Year and GBR. Duplicate rows were automatically removed.

We enter the following commands into script window.

We used plot function with the following arguments:

We run the script by clicking Run Script icon.

We get the following plot. 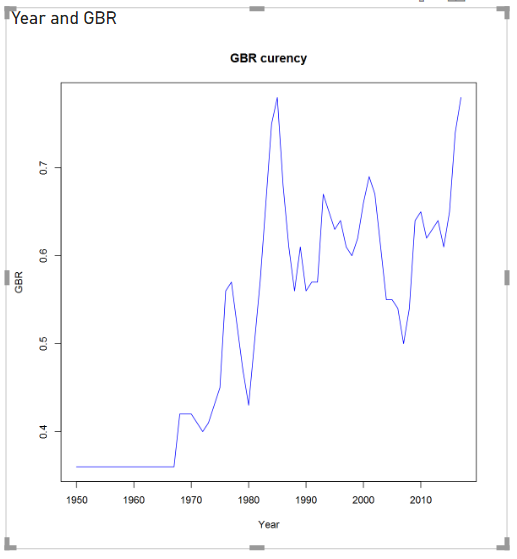